With Tellanto, get the advantage of easily finalizing your student room abroad in Buenos Aires before your arrival in the city.

Also, numerous multinational companies have their offices in Buenos Aires. This allows students to have a great internship abroad experience. 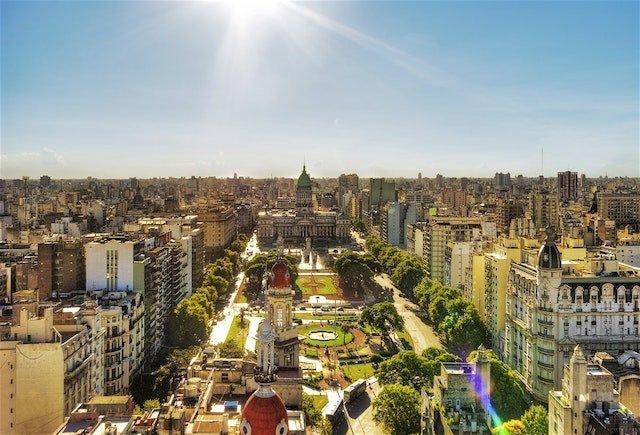 Palermo, Recoleta and Puerto Madero are the most popular neighborhoods in Buenos Aires for international students.

Palermo is the largest neighborhood in the city. It is divided into sub-neighborhoods like Palermo Soho, Palermo Hollywood, Palermo Viejo and so on.

Recoleta is considered the most expensive neighborhood in the city. The European style buildings add to the charm of this neighborhood.

All of these neighborhoods are clean, safe and have a diverse range of restaurants, cafes, bars, nightclubs, and shopping places. Also, staying in Recoleta and Puerto Madero is advantageous if you do an internship in Buenos Aires as these neighborhoods are quite close to San Nicolas, which is known as the financial district of Buenos Aires. It consists of offices of many international companies.

“I can recommend Buenos Aires to everyone. They people are super friendly and there’s a lot to do. The house that I find through you guys was also very nice. Gracias”
Adam Gonzales

“Thanks for your help. I just visited the house and I really like it”
Antoinette Gaskins

“To be honest, I had some doubts before I went about the city etc. But now I feel comfortable, made some friends etc.”
Steven Dawe