Guadalajara Mexico, Everything You Need to Know 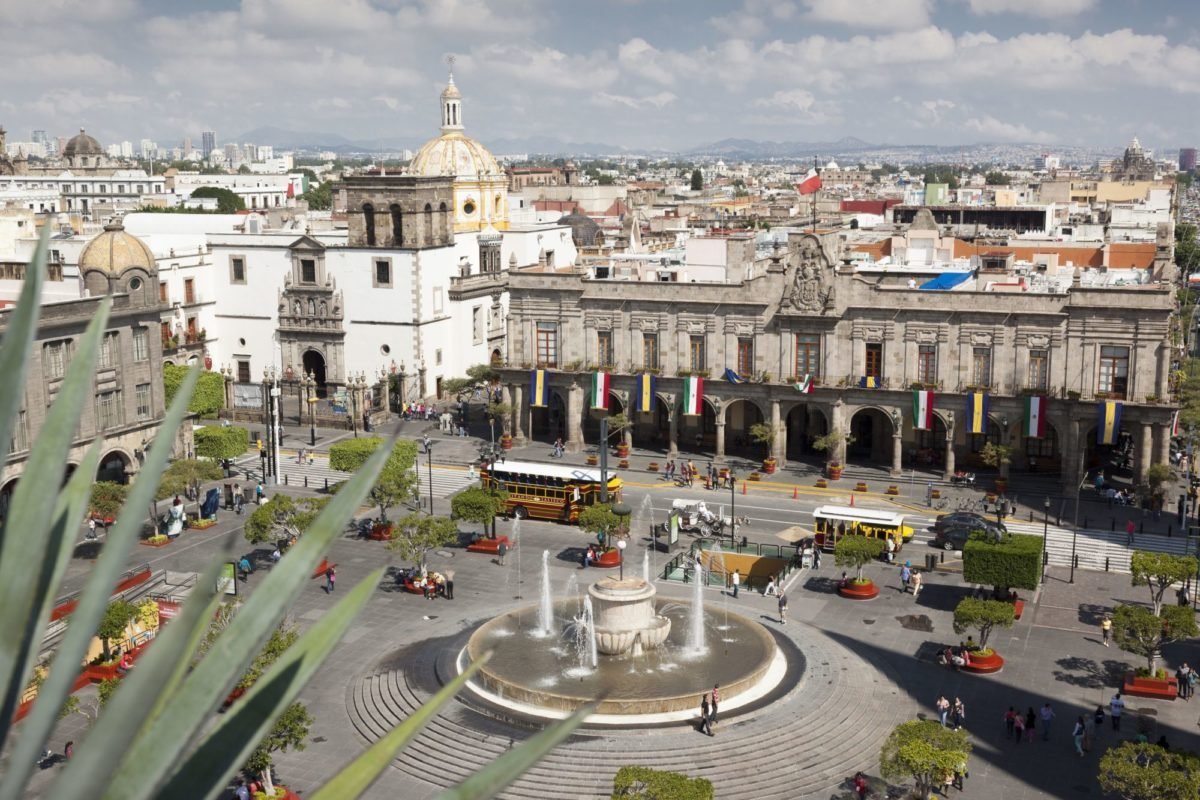 Guadalajara is the second largest city in Mexico with a population of 1.5 million people and is ranked as the 8th best city to visit in South America. It’s known for the tequila, mariachi, its rich history and its traditions. What’s so unique about the city is that the city itself is very historical while it has managed to become the tech hub of Mexico, and therefore called the Silicon Valley of Mexico.

Guadalajara is located in the State of Jalisco, located in the North West of Mexico near the Atlantic Ocean. It has a humid subtropical climate meaning it has dry warm winters and hot wet summers. The temperature is high all year round with an average max of 27.9 degrees Celsius. The rainy season is generally from June until September with very common afternoon storms. A cold ‘breeze’ might not be a bad thing if you’re sunbathing with 25 degrees.

Guadalajara is in a municipality almost entirely urbanized. The flora and fauna can only be found in one of the seven protected natural areas. The animals living in this area are mainly reptiles, amphibians, birds and fish. In addition, there are larger animals found like deers, collar peccary, cougar, lynx, coyotes and more.

The culture of Guadalajara

Guadalajara is home to not one but four professional football teams. One of those is Universidad de Guadalajara, a local university in the city. Football (soccer) is an important aspect of the Mexican culture and every match will be watched with a large beer and a jersey of the local team. People in Guadalajara are known to be very attached to traditions, have strong religious background, are very friendly and always try to help you as good as possible. Men are honorable and hard-working to keep the integrity and family honor. There is an old saying that goes: “Guadalajara has the most beautiful women of all the country”. This is of course based on opinions, so you should come and judge for yourself ;).

As an international in Guadalajara you might be thrilled to go explore the city. Luckily is the city’s center strategically made with four magnificent squares, easily connected with the main tourist attractions set around them. The most touristic sight would be the Cathedral of Guadalajara at Plaza de Armas. Then you should also stop by the Government Palace that’s located on the same square. Other unbelievable visits should be at The Churches of Santa Monica, the world’s largest indoor market San Juan de Dios Market, and Cabañas Cultural Center. And to top it all off (you won’t believe this),

Guadalajara is near a small town that has given you the best nights of your life but also made you throw up more times than you have liked. TEQUILA. Yes Tequila. There is no way that you can go to Guadalajara without spending a day in the town equally named as the famous spirit: Tequila. Many companies organize very affordable tours to visit the factory and the small town. You will be brought home, so there is no chance escaping this one.

Cost of living in Guadalajara

Mexico is also known for its high income inequality. This means that you can live with little money but also spend a lot if you like. It’s all based on your own lifestyle. You are probably lucky if you have some spare euro’s left in the back, since these will be more valuable when you are in Mexico. The average income in Mexico is almost 700 EUR and the cost of living is therefore a lot lower. Below is an indication given of different prices.

Guadalajara=food. It’s just that simple. The locals are very proud of their dishes and will make you as an international love it as well. In an instant you will notice how important food is for them.

Some dishes are eaten throughout Mexico but are not as delicious as in Guadalajara. Some of these traditional dishes you should try are Birria (Spanish lamb), Torta Ahogada (sandwich with pork soaked in tomato sauce), Carne en su jugo (beef steak with fried bacon), Lonche Bañado (drowned cake) and Tacos de barbacoa (beef tacos). If you’re not a taco-lover than we might have a problem here.

Guadalajara is the more historical and traditional city of Mexico. You are more likely to see people wearing Mexican costumes and to experience one of the international cultural events. While the city is still very developed and offers many job opportunities and high-quality universities. Please fasten your seatbelt, we’re reading for takeoff!

Fun Fact:
The city is known as Mexico’s Silicon Valley

Bogota and Medellin are two of the most popular cities in Colombia. They are very different from each other, and both provide a one-of-a-kind experience for an international student in Colombia.

Is Guadalajara Safe for a Student Abroad?

The safety in Guadalajara is for many students still something they are taking into consideration. This article explains if Guadalajara is safe and how you should go about it.

Guadalajara’s Chapultepec neighborhood is highly favored by foreign travelers and international students. This is all you need to know about Chapultapec, why it’s fun and good to live in this neighborhood.