What is The Difference Between Hispanic and Latino?

Accurately understanding the differences between the terms ‘Hispanic‘ and ‘Latino‘ can feel tricky to many people. There are many diverse definitions of these two terms and their interpretations vary a lot. It can be quite confusing for a person to deduce the meaning of the terms correctly.

The diversity of both of these terms is enormous. There are many layers to the definitions of these terms and it can be quite confusing for a person to correctly point out the difference.

Broadly, Hispanic is used to refer to people with their heritage linked to the Spanish language and the Spanish speaking countries.

Latino refers to people with origins from Latin American countries. 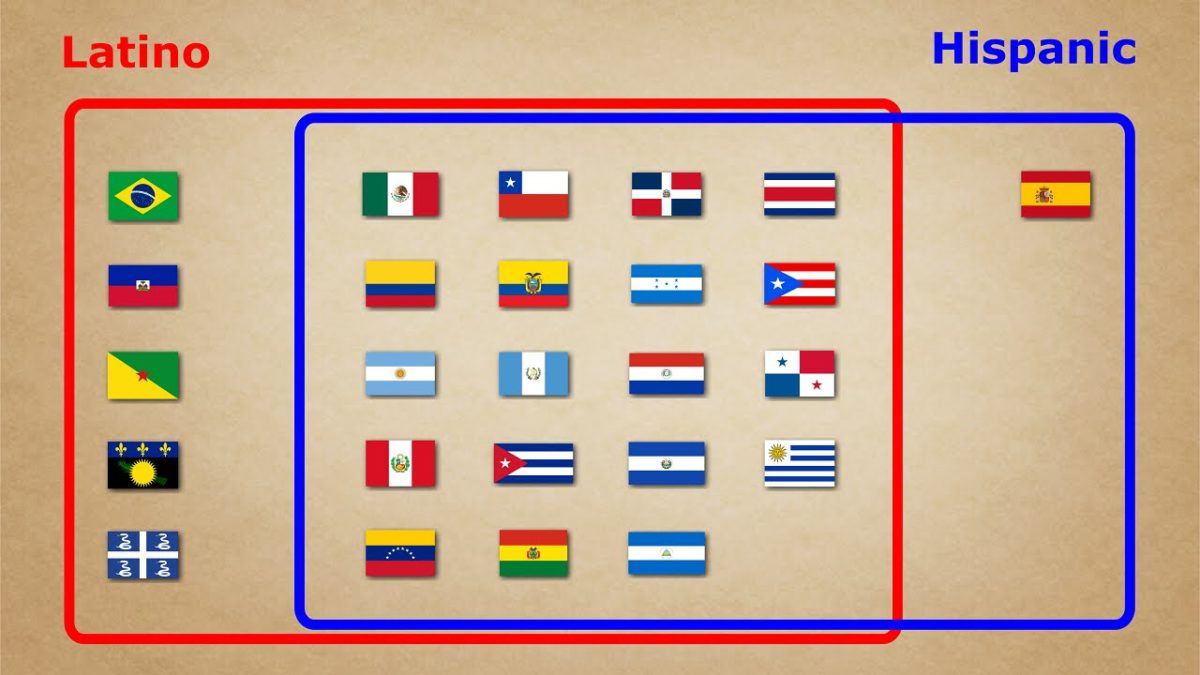 What is the difference between Hispanics and Spanish?

Hispanics refer to people with their roots belonging to a Spanish speaking country. When we’re talking about origins, Spanish is used to refer to a person who is from Spain, i.e., their nationality is Spanish. Of course, Spanish is also the language spoken in Latin America and Spain.

Are Mexicans Hispanics or Latinos?

Spain had colonized many countries in Latin America, so the people of these countries are referred to as Hispanics, as they have a Spanish heritage. For example, Mexicans, Argentinians, Colombians, among others are considered Hispanics.

They can also be considered Latinos, as they are each part of a Latin American country.

So going by the traditional definition, Mexicans can be classified as both Hispanics and Latinos. Mexico is primarily a Spanish speaking country so Mexicans would be considered Hispanics. And, as Mexico is a Latin American country, its people can be regarded as Latinos as well.

It can be confusing to pick one term to refer to people who come from a Spanish speaking Latin American country. Technically Mexicans are both Latinos and Hispanics.

Of course, this also refers to every other Spanish speaking country in Latin-America.

The term Latino is associated with the geography, which includes people from Latin America, the term used to describe the Caribbean, Central America, and South America.

Brazil is located in Latin America and thus, its people would technically be called Latinos, if one goes by the traditional definition.

Brazilians primarily speak Portuguese. Brazilians, therefore, would ideally be referred to as Latinos and not Hispanics.

Even though Hispanics and Latinos have common elements like language, both groups are highly diverse among themselves and cannot be accurately defined by one label.

Latin America is culturally and ethnically extremely diverse and classifying the people of this region under one term is a gross generalization.

Although, the usage of the terms ‘Hispanic’ and ‘Latino’ is more popular in the U.S than in any other country in the world, knowing the difference between the two is crucial when you are traveling to Latin America. 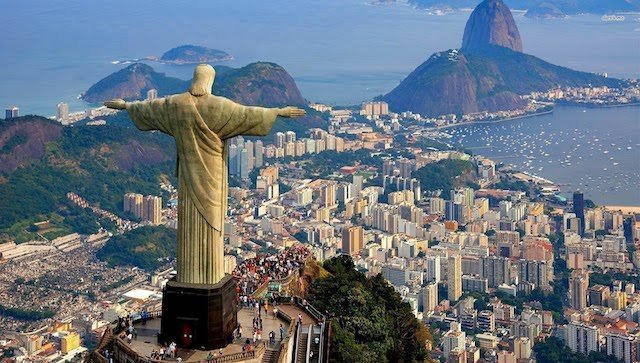 So to get the definitions straight:

Due to the ambiguity of these terms, many people choose not to use either Hispanic or Latino to identify themselves. They’d rather be referred by their nationality, i.e., Mexican, Colombian, Argentinian and so on.

How people identify themselves depends on their personal viewpoints and preferences. To avoid any confusion or misunderstandings, it is always a good idea to just politely ask a person how they want to be identified as. 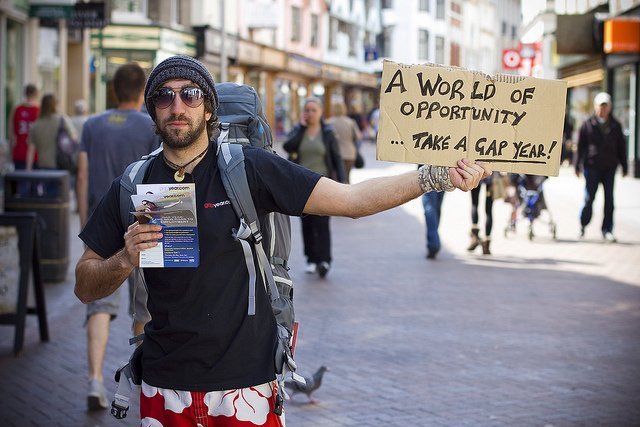 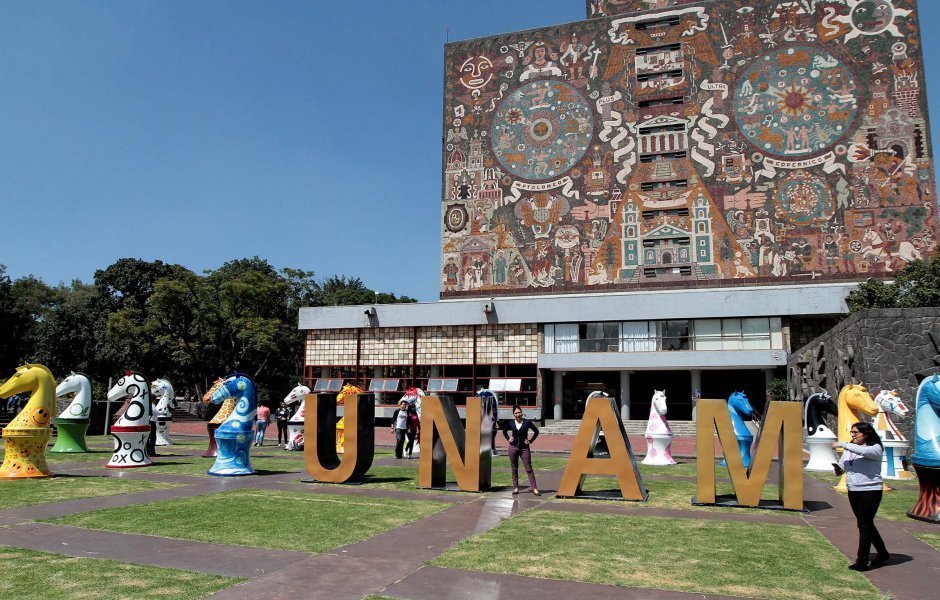 Bogota and Medellin are two of the most popular cities in Colombia. They are very different from each other, and both provide a one-of-a-kind experience for an international student in Colombia.

Is Guadalajara Safe for a Student Abroad?

The safety in Guadalajara is for many students still something they are taking into consideration. This article explains if Guadalajara is safe and how you should go about it.

Guadalajara’s Chapultepec neighborhood is highly favored by foreign travelers and international students. This is all you need to know about Chapultapec, why it’s fun and good to live in this neighborhood.

Guadalajara is a big city with many diverse neighborhoods. It can feel overwhelming to choose one area which suits your preferences and budget. We’re here to help.

San Miguel – The Safe and International Neighborhood in Lima

San Miguel is primarily a residential neighborhood in Lima. It is located near the coastline, and it is really close to the Jorge Chávez International airport. Many international students choose to stay in this neighborhood. But why?

El Poblado – The Safest and Richest Neighborhood of Medellin

If you are coming to Medellin for the first time, chances are you have already heard of El Poblado. But what exactly makes El Poblado so popular?

Top 7 Things To Do in Guadalajara During Your Semester Abroad

To help you prepare for your semester abroad to this dynamic city, we have compiled this list of top 7 things to do in Guadalajara.

Why Miraflores Is The Best Neighborhood in Lima for Students

With the presence of comfortable student apartments and various entertainment options, it comes as no surprise that Miraflores is the most popular neighborhood for international students living in Lima.

The Hispanic Kitchen: Best 10 Local Dishes You Must Try

Hispanic food is colorful and full of flavors. No doubt, you would be craving some delicious Hispanic food by the time you finish reading this article. Here’s a list of the 10 best dishes you must try!

What is a Bandeja Paisa From Medellin?

Traveling to a new city allows a person to learn about the local people, the culture and traditions more closely. Also, exploring the traditional food like a Bandeja Paisa is something every traveler looks forward to while going to a new place.

A Semester Abroad in Lima, Peru

The capital of Peru, Lima, is located in a valley overlooking the Pacific Ocean. With delicious Ceviche, great hikes to the Andes and the famous Machu Picchu, Lima is definitely a city to seriously consider to study abroad at.

My First Impression of Puebla Mexico

It now almost two weeks since I arrived in Puebla, Mexico. I would like to tell you about my first two weeks and what my impression is of this busy and warm city.

Puebla, Everything You Need to Know

Puebla is the fourth largest city of Mexico with a population of 1.5 million people. The city is known for the many students coming from all over Mexico and the world to study at one of the prestigious universities, such as BUAP, UDLAP and Tec de Monterrey.

Monterrey, Everything You Need to Know

Monterrey is the third largest city in Mexico with a population of 1.1 million in the city and 5.3 million in the metropolitan. The city is known for being an important industrial and business center in Mexico and for the headquarters of one of the best universities in Latin America: Tec de Monterrey.

Mexico City, Everything You Need to Know

Mexico City is the capital of Mexico and truly one of the most interesting and diverse cities in the world. If you love cuisine, shopping, colonial neighborhoods, crazy nightlife or great parks then get the biggest marker you can find an write it on top of your bucketlist.

Medellín Colombia, Everything You Need to Know

Medellín is the second largest city in Colombia after the capital Bogota and provides a home for a population of 2.5 million people. Medellín has since the death of Pablo Escobar made an incredible progress and now has a global status of being one of the best cities to live in South America.

Guadalajara Mexico, Everything You Need to Know

Guadalajara is the second largest city in Mexico with a population of 1.5 million people and is ranked as the 8th best city to visit in South America. It’s known for the tequila, mariachi, its rich history and its traditions.

Bogota Colombia, Everything You Need to Known

Bogotá is the capital of Colombia and the largest city in the country with over 8 million people. It is known to have a mix of people from all around the country and a combination of old and new. Bogotá is a lively city with enough culture, innovation and peaceful areas to enjoy. And the nightlife is not something you will forget.

An internship in Latin America is fantastic because you gain a lot of experience. Moreover, you go to the most beautiful continent in the world, making it difficult to choose where you should go to in your holidays.